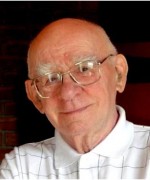 In Germany, France and other countries, auto makers are imposing mass layoffs and factory closures. Employees in the auto parts supply industry are also being affected severely. In the next five years, 75,000 jobs are to be eliminated at car parts suppliers in western Europe. This estimate comes from a report produced by the management consultancy firm Roland Berger.

Bosch, the world’s largest supplier of auto parts, intends to review its production costs and reduce its spending, according to the Financial Times, which cited the company. The working hours for several hundred staff have already been cut.

In the face of the crisis in the European auto industry, the Canadian-Austrian supplier Magna intends to reduce the workforce at its European facilities. The firm’s chief, Donald Walker, spoke of “adjustment measures” that had to be adopted in this context. Whole factories could be “brought in to line” with these conditions, and Walker told the business magazine Wirtschaftswoche that employees in North America should also expect job cuts.

Above all, the production facilities in the Austrian towns of Steyr and Graz are seen by management as too expensive, and costs will need to be reduced or the plants closed. “It is clear that we have to be more efficient in our Graz factory,” said Walker. He justified his plans for cuts with the remark that Austria is a “high-wage country” and not sufficiently competitive. Magna is the fifth largest supplier of auto parts globally, with an annual turnover of €30 billion.

Sachsenring, the former producer of the Trabant, declared bankruptcy in May in the town of Zwickau in west Saxony. “The aim is to continue with the business and to reorganise,” a company spokesman declared. As has been the case at many other factories, workers face downright blackmail. To keep production running, further job cuts, wage reductions and other measures to save money are said to be “unavoidable.”

The firm, founded in 1958, was wound up after the reunification of Germany in 1990. In 1993, it became part of a newly founded parts supplier under the name Sachsenring Automobiltechnik Ltd. After a period in which more than half of the workforce lost their jobs, the new firm went bankrupt in 2002 and was taken over in 2006 by the Leipzig-based group HQM. There are currently 240 full-time and 50 temporary workers remaining. At the end of February, the company announced that it had suffered losses in previous years but should return to profitability and growth from next year.

German supplier Benteler is eliminating 1,800 jobs from a total of 22,000. Around 500 of these are likely to go at the German headquarters in Paderborn. In 2012, Benteler achieved a turnover of €7.5 billion.

The Swiss parts supplier Autoneum is cutting jobs in France. One of the first savings is to come from the closure of a factory at Dieppe in Normandy and the transfer of the manufacturing of sound and heat insulation to other facilities. According to media reports, the factory had been “underutilised” for several years. Apart from Dieppe, the Swiss firm owns another four factories in France.

At Fehrer, another auto parts supplier, 160 jobs are threatened by the closure of a factory in Markranstädt near Leipzig; but no announcement has yet been made about when the factory will close. The family-run firm also intends to cut around 400 jobs at its centre in Kitzingen near the town of Würzburg. The owners said the reason for the cuts was the declining sales figures for vehicles.

According to its own figures, Fehrer currently employs 4,100 workers at 21 locations in seven countries. The firm’s annual turnover for 2012 totalled €470 million. The layoffs are generally seen as a prelude to larger spending cuts.

For the second time since the restructuring plan was announced, roughly 500 workers demonstrated in Kitzingen last Saturday against job cuts and plans to halt production.

“Fehrer workers never give up,” read the sweatshirts of the participants in the rally. The protest was directed against Tom Graf, who has been hired by management to implement the restructuring measures. “Now the emergency manager is here, the end is suddenly near,” one banner read.

Workers from the company’s facilities in Schweinfurt, Kitzingen, Giebelstadt and Leipzig took part in the protest. The demonstration was not organised by the Verdi trade union or the works council, but by two relatives of Fehrer workers, Daniela Nikolic and Johanna Weiß.

The pair are firmly determined to fight until the job cuts are revoked, the local paper Meinpost reported. Daniela is 33 and a single mother to a seven-year-old child. Both of her parents are employed in production at Fehrer. “If it is shut down, they would lose everything: their financial security, their life and their house. My brother could also probably not study,” said Daniela in an interview.

Johanna Weiß is a language student at a school for interpreters in Würzburg. Her mother works at Fehrer in the production of foam for fire extinguishers. The loss of her job would hit the family hard, reported Meinpost .

The trade union and central works council have done all they can to keep the protests against the layoffs small and isolated. After the job cuts were announced, the union and works council did nothing to defend the workers. Walther Mann, a representative of the IG Metall union, even gave his support to Graf and the management, declaring it was the brutal competition in the auto industry that was to blame for the layoffs at suppliers.

The appearance at the protest of the Left Party’s Klaus Ernst was especially cynical and repugnant. He declared to the Fehrer workforce, “An end needs to be put to a small group of people deciding what happens in the world, increasing their wealth as they throw others out of a job.”

As a representative of IG Metall, Ernst worked with the management of auto parts supplier Schäffler in Schweinfurt to impose measures saving €250 million. For the workers this meant an average wage cut of 17 percent. The Left Party and IG Metall played a central role in helping to secure the company at the expense of the workers. The same thing is currently happening at Fehrer.