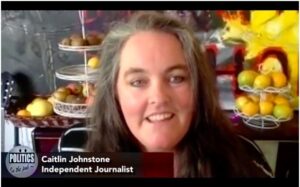 In an excellent new essay titled “We’re Not the Good Guys — Why Is American Aggression Missing in Action?“, Tom Engelhardt criticizes the way western media outlets consistently describe the behavior of disobedient nations like Iran as “aggressions”, but never use that label for the (generally antecedent and far more egregious) aggressions of the United States.

“When it comes to Washington’s never-ending war on terror, I think I can say with reasonable confidence that, in the past, the present, and the future, the one phrase you’re not likely to find in such media coverage will be ‘American aggression,’” Engelhardt writes. He then asks a very fair question:

“So here’s the strange thing, on a planet on which, in 2017, U.S. Special Operations forces deployed to 149 countries, or approximately 75% of all nations; on which the U.S. has perhaps 800 military garrisons outside its own territory; on which the U.S. Navy patrols most of its oceans and seas; on which U.S. unmanned aerial drones conduct assassination strikes across a surprising range of countries; and on which the U.S. has been fighting wars, as well as more minor conflicts, for years on end from Afghanistan to Libya, Syria to Yemen, Iraq to Niger in a century in which it chose to launch full-scale invasions of two countries (Afghanistan and Iraq), is it truly reasonable never to identify the U.S. as an ‘aggressor’ anywhere?

In other words, does it really make sense for any nation to be able to take over the world and then look up with Bambi-eyed innocence saying “I was attacked! Completely out of the blue!” whenever any government pushes back on this? If you ask the empire’s narrative makers, the answer is a resounding yes.

This important discrepancy is as close as we’ll ever get to an honest admission from the political/media class that they consider empire-building and endless war to be normal, and any opposition to it freakish. All nations are meant to submit to America’s use of military and economic force upon them, and if they don’t, that’s “aggression”. The official position of the political/media class is that the US is a normal nation with the same rights and status as any other, but the unofficial position is that this is an empire, and nations will either obey or be destroyed.

It’s a machine with the same values as Napoleon or Hitler or Genghis Khan or any other imperialist conqueror from ages past; the only difference is that it pretends not to be the thing that it is. The US markets itself as an upholder of rules-based liberal democratic values, even though it consistently flouts international law, wages imperialist wars of aggression, imprisons journalists, crushes dissent and uses propaganda just as much as any totalitarian regime. The only difference is that it does so in a way that enables its supporters to pretend that that’s not what’s actually happening.

Forget the “war on terror”. If US foreign policy were honest it would unite all its war propaganda sloganeering under a single banner: the War on Disobedience.

After the end of the first cold war there was much celebration. At long last! The USSR was no longer a threat, so America could finally stop pouring its resources into the nuclear arms race and finally just relax and start acting like a normal country in the world. But it didn’t take long after the Berlin Wall fell for the neoconservatives to find their way into key points of influence and steer US foreign policy into the agenda of ensuring that America never again risks losing its status as the world’s only superpower. Which necessarily meant expanding the use of military and economic force to a level never previously seen.

So now you’ve got this weird dynamic where the US is constantly working to make sure that no other countries surpass it and gain the ability to treat America the way America treats other countries. That’s all US military and economic agendas in a nutshell right now.

The nation that poses the greatest threat to US hegemony is of course China. Most of the US war machine’s aggressions right now are ultimately built around securing resource control and geostrategic dominance to prevent China from surpassing it without attacking China itself. Any time you see the US ramping up hostilities toward a given nation, just do a search for that nation’s name plus China (or plus “Belt and Road Initiative“), and you’ll usually find a strong connection.

So the USSR was simply replaced with China, and the nuclear arms race was simply replaced with greatly increased global military expansionism. The plutocrat-owned media and the plutocrat-owned political class have fallen right in line with this and normalized the idea of US imperialism around the world. The cold war never ended, it just shifted its narrative and focus. Neoconservatism never went away, it just went mainstream.

But the thing about neocons and the rest of the increasingly indistinguishable proponents of American imperialism is that their underlying thesis is actually fundamentally correct: the US empire does depend on endless war in order to maintain its dominance over other nations. America doesn’t have the leverage to stay on top using economic prowess alone; it requires both the carrot of US military backing and the stick of US military aggressions. War is the only adhesive holding the US-centralized empire together, and the more its economic dominance slips away in the face of China’s economic rise, the more ham-fisted and desperate its warmongering is necessarily going to get.

This is completely unsustainable, especially in a world where the other major nuclear weapons force, Russia, is on China’s side of the new cold war dynamic. We’ve all now found ourselves trapped on a planet made of limited resources with two major alliances trying to out-consume and out-resource control each other, while hurtling toward a major military confrontation between nuclear superpowers. This puts us on a direct trajectory toward either nuclear annihilation or ecosystemic collapse in the near term. This means the argument that America needs to maintain its dominance at all cost is no longer a viable one, since that cost will almost certainly be everything in the world.

So we’ve all got some important questions to ask ourselves, haven’t we? Do we desire to stay in the familiar US-controlled world order at the price of omnicide and ecocide, or do we wish to roll the dice and bet on humanity instead? Do we wish to stay the course because it preserves a status quo that is all we’ve ever known, or do we take a leap of faith on the possibility that we can de-escalate all geopolitical enmity and move into collaboration with each other and with our ecosystem?

This choice right here is why I write so much about mankind’s need to transcend its old conditioning patterns and move into something wildly unprecedented. Our current fear-based mentality makes a populism-driven leap of faith into transcendence impossible and ensures that we remain on an oligarch-driven trajectory toward extinction. I firmly believe that we have the freedom to either pass or fail this test, but we don’t have the freedom not to take it. We’ll transcend our old conditioning patterns which we inherited from our evolutionary ancestors who lived in a wildly different world from the one we’ve created, or we will perish. It’s an A or B choice, but the choice is ours.

Caitlin’s articles are entirely reader-supported, so if you enjoyed this piece please consider sharing it around, liking her on Facebook, following her antics on Twitter, checking out her podcast, throwing some money into her hat on Patreon or Paypal, or buying her book Woke: A Field Guide for Utopia Preppers. https://caitlinjohnstone.com