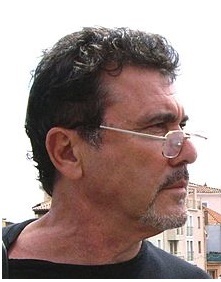 The twisted logic of the Jewish historic right to Israel

Our political culture insists on seeing the Jews as the direct descendants of the ancient Hebrews. But the Jews never existed as a ‘people’ – still less as a nation.

I enjoy the vacillations of Chaim Gans, even if I don’t always understand them. I have the highest esteem for his intellectual honesty – even if at times, perhaps like everyone, he tries to resolve contradictions with lame arguments.

However, before going into the heart of the matter, I must pause over an annoying mistake – I’m certain that at bottom it’s not deliberately misleading but a folly – concerning my writings. In the article, “From rabid Zionism to egalitarian Zionism” (November 9), Gans writes, “because, according to [Sand], there is purportedly no genetic continuity between ancient and modern Jewry, it follows that the Jewish nationhood engendered by Zionism is a total fabrication, a nationhood created out of thin air.”

If my assumption that Gans has perused my books is correct, he appears to have read them both too quickly and at a diagonal. Since the publication of my first book “The invention of the Jewish people” a decade ago, I have made a point of emphasizing that it’s not only Jews who don’t possess a common DNA – neither do all other human groups that claim to be peoples or nations – besides which I have never thought that genetics can confer national rights. For example, the French are not the direct descendants of the Gauls, just as the Germans are not the offspring of the Teutons or of the ancient Aryans, even if until a little more than half a century ago, many idiots believed just that.

One trait that all peoples have in common is that they are retroactive inventions with no distinctive genetic “traits.” The acute problem that genuinely disturbs me is that I live in a singular political and pedagogical culture that continues persistently to see the Jews as the direct descendants of the ancient Hebrews.

The founding myth of Zionism – which proceeds in an unbroken line from Max Nordau and Arthur Ruppin, to worrisome geneticists in several Israeli universities and at Yeshiva University in New York – acts as the principal ideological glue for the nation’s everlasting unity, and today more than ever. The justification for Zionist settlement/colonization (choose your preferred term – they mean the same thing) is the meta-paradigm that is expressed in the declaration of the establishment of the state, namely: “We were here, we were uprooted, we came back.”

Full disclosure: Even when I believed, mistakenly, that the “Jewish people” was exiled by the Romans in 70 C.E. or 132 C.E., I didn’t think that this conferred on the Jews some sort of imagined “historic right” to the Holy Land. If we seek to organize the world as it was 2,000 years ago, we will turn it into one big madhouse. Why not bring Native Americans back to Manhattan, for example, or restore the Arabs to Spain and the Serbs to Kosovo? Of course, such twisted logic of “historic right” will also commit us to supporting the continued settlement/colonization of Hebron, Jericho and Bethlehem.

As I pursued my research, my realization that the Exodus from Egypt never happened and that the inhabitants of the Kingdom of Judah were not exiled by the Romans, left me nonplussed. There is not one study by a historian who specializes in antiquity that recounts that “exile” or any serious historiographic study that reconstructs a mass migration from the place. The “exile” is a formative event that never took place, otherwise it would be the subject of dozens of research studies. Judahite farmers, who constituted an absolute majority of the population at the first century C.E., were not seafarers like the Greeks or the Phoenicians, and did not spread across the world. It was Jahwist monotheism, which since the Hasmonean era had become a dynamic religion engaged in conversion, which laid the foundations for the Jews’ age-old existence around the globe.

Here’s where we get to the heart of Gans’ arguments. This distinguished jurist and political theorist is not prepared to accept the standard justifications for settlement and for Zionism’s conception of land ownership since the end of the 19th century. He is well aware that such popular propositions would oblige him to justify continuation of the present-day settlement project, and perhaps also to deny the rights of the natives who still remain in “the land of Israel.”

Gans even knows that there never actually was a Jewish nation, which is why he resorts to the literal image of a “profile” – a surprising and original term in the national context – wholly based on ignorance. For him to understand what Clermont-Tonnerre meant in his famous speech (a subject I addressed in an article in the Haaretz Hebrew edition last August), a perusal of Wikipedia would have sufficed. He’d have learned immediately that by “nation,” the French liberal was referring to a closed, insular religious community. Did the Jews, in contrast, not see themselves as a people or a nation according to the modern usage of these terms?

Until the modern era, the terms “people” or “nations” were used in a variety of senses. In the Bible, Moses goes down to the people and speaks with them directly (without a loudspeaker, newspapers, television or Twitter). The people also gathers to welcome Joshua and to congratulate him on his victories. In the Middle Ages the Christians viewed themselves as “people of God,” a term in wide use for hundreds of years. In our time, the terms “people” or “nations” are applied in a different way, albeit not always accurately. A “people” is, generally, a human community living within a defined territory, whose members speak a common language and maintain a secular culture with the same, or similar, foundations. “Nation,” on the other hand, is a term that is today generally applied to a people that claims sovereignty over itself or has already achieved it.

I don’t think peoples existed before the modern era – that possibility would have been ruled out by the level of communication they had. There were large clans, tribes, powerful kingdoms, large principalities, religious communities and other groups with various forms of political and social bonds – usually loose ones. In an age when few people could read and write, when each village had a different dialect and the lexicon was appallingly meager, it’s hard to talk about a people with a shared consciousness. Minorities of educated literates do not yet constitute nations, even if they have sometimes created that impression.

I don’t understand why all cats have to be called cats and all the dogs, dogs – and only one cat has to be called a dog. The Jews, like the Christians, Muslims or the followers of the Bahá’í Faith, had in common a strong belief in God alongside diverse and closely linked religious practices. However, a Jew from Kiev could not converse with a Jew from Marrakesh, didn’t sing the songs of the Yemeni Jew and didn’t eat the same foods as the Falash Mura, or Beta Israel, community of Ethiopia. The whole fabric of day-to-day secular life was completely different in each community. Accordingly, to this day – and rightly so – the only way to join the “Jewish people” is through an act of religious conversion.

The Christians, by contrast, viewed the Jews as members of an abominable money-worshipping faith. The Muslims perceived them as adherents of an inferior religion. With the advent of progress in the modern era, many Europeans started to treat them as a defiled race. Anti-Semitism endeavored mightily to cast the Jews as an alien people-race with different blood (DNA hadn’t yet been discovered).

But what in blazes was their self-“profile”? A salient product of the Zionist education system, Chaim Gans tells us that they saw themselves as a kind of nation that dreamed of getting to the “Land of Israel.” I would not suggest that Gans should read distinctively Jewish authors such as Hemann Cohen or Franz Rosenzweig, or the Talmud, which rejected collective emigration to the Holy Land. I’m sure he won’t have time for that. I would only ask him to read a short history that is slightly more reliable.

Until World War II, the vast majority of Eastern and Western Jews – traditionalist, Orthodox, Conservative, Reform, Communists and Bundists – were avowed anti-Zionists. They did not wish for sovereignty over themselves within a nation-state framework in the Middle East. The Bundists did in fact see themselves, and quite rightly, as a Yiddish people in need of cultural-linguistic autonomy, but they rejected outright the proposal to immigrate to Palestine as part of a project of a trans-world Jewish nation.

And here we come to the last desperate attempt to justify the Zionist enterprise retroactively: Zionism as a response to an emergency situation. History, unfortunately, was more tragic. Zionism failed utterly to rescue Europe’s Jews, nor could it have done so. From 1882 until 1924, the Jews streamed in their masses – about 2.5 million – to the North American continent of promise. And yes, had it not been for the racist Johnson-Reed Immigration Act that prevented continued immigration, another million or perhaps two million of these souls might have been saved.

Additional full disclosure: I was born after the war in a DP camp in Austria. During my first two years I lived with my parents in another camp, in Bavaria. My parents, who lost their parents in the Nazi genocide, wanted to steal into France or, alternatively, immigrate to the United States. All the gates were closed, however, and they were compelled to go to the young country of Israel, the only place that agreed to accept them. The truth is that for Europe, after its participation in the mass slaughter of the Jews, it was convenient to spew out the remnant of a native population that hadn’t taken part in the awful murder, and thereby created a new tragedy, though of a completely different scale.

Chaim Gans isn’t comfortable with this historical narrative, especially when the oppression of the natives and the plundering of their land is continuing even now. Zionism, which succeeded in forging a new nation, is not prepared to recognize its political-cultural-linguistic creation, nor even the specific national rights which that process conferred on it. But Gans, ultimately, is right. From Meir Kahane to Meretz, all Zionists continue to view the state we live in not as a democratic republic belonging to all its Israeli citizens – who definitely have a right to self-determination – but as a political entity that belongs to the Jews of the world, who like their forebears have no wish to come here or to define themselves as Israelis.

What remains for me, then, is to go on being a-Zionist or post-Zionist while doing what I can to help rescue the place I live in from an ever-intensifying racism, due, among other reasons, to the teaching of a false historical past, fear of assimilation with the Other, revulsion of the indigenous culture and so on. For, as the Turkish poet Nazim Hikmet wrote, “If I don’t burn / if you don’t burn / … if we don’t burn / how will the light / … vanquish the darkness?”